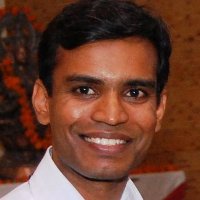 Dr. Biyani received his double graduation degrees in Science (1993) and Pharmacy (1997) from University of Rajasthan in India, Master of Engineering (2001) and PhD in Biological Sciences (2004) from Saitama University in Japan. He was an invited Research Scientist by JST (Japan Science and Technology) to work for two major national projects of JST for 10 years from 2004 to 2013, where he used nanobio-device tools to develop high-speed molecular evolution reactor for screening novel and highly-functional bio-molecules. Dr. Biyani was also appointed as staff (Asst Prof) in the Department of Bioengineering at The University of Tokyo from 2009-2013. In 2014, he was invited as Research Associate Professor to join another big project (Hokuriku Life Science Cluster) for Healthcare in Japan Advanced Institute of Science and Technology.

Dr. Biyani has a dual responsibility in India and Japan. In India, he is the founding director of Biyani Group of Colleges in Jaipur. In Japan, he is a faculty  member at Japan Advanced Institute of Science and Technology. Since 2004, he is involved to promote scientific interaction and research networks between India and Japan.

Dr. Biyani is the recipient of numerous prestigious awards including JB OUP award from International Union of Biochemistry and Molecular Biology, The photopolymer science and technology award from Photopolymer society Japan, MEXT scholarship award from Japanese Ministry of Science & Technology. He also served as editorial board member of Austin Journal of Biosensors & Bioelectronics and as ad-hoc reviewer in many scientific journals including Biophysical Journal, Analytical Biochemistry, Electrophoresis, Biopolymer, Nucleic Acids Research, Biosensors Bioelectronics.